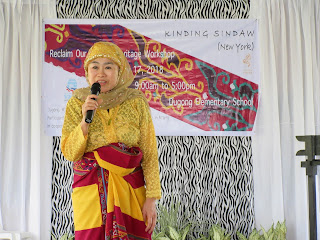 On February 17, Wimler scholars from M’lang and Bansalan, - 46 elementary pupils and 20 high school and college students - attended the “Reclaim our Cultural Heritage Workshop” to foster awareness, understanding, and appreciation for traditional arts.  The workshop was conducted by Potri Ranka Manis of Kinding Sindaw Heritage Foundation of New York City. Lanka was assisted by a combined team of T’boli from Lake Sebu, Maguindanao from Cotabato and Tausug cultural groups from Davao City. 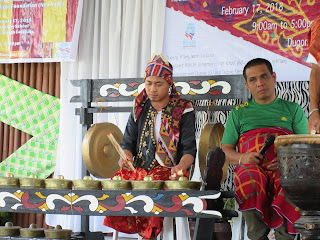 The workshop which was held today (February 17) opened with each ethnic group showcasing their respective traditional dances, traditional musical instruments, and their costumes. Maranao or Maguindanao women wear malong, a simple tubular cloth.  “Kappa Malong-malong is a dance depicting the many uses of malong such as cape, coat, blanket, umbrella, etc.” An interesting information is the meaning on the way malong is worn. They also demonstrated the different ways to play the large gongs and kulintang. 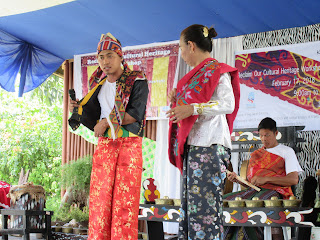 The Tausugs showcased Pangalay, a traditional "fingernail" dance of the Tausug people of the Sulu Archipelago usually performed by a solo female dancer imitating the movement of a bird in flight. “It is usually performed during weddings, social gatherings and other festive events. Pangalay is characterized by elaborate body postures and gestures and the graceful arm and hand movement of the dancer, amplified by the use of janggay or metal claws.” 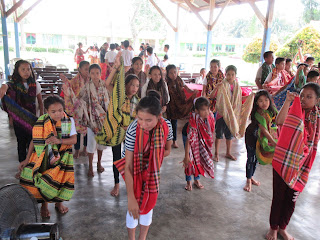 After lunch, the participants were divided into groups and in a most entertaining way, all of them were able to dance and play with some of the traditional instruments. Around 3:30 pm, they held an outstanding performance. 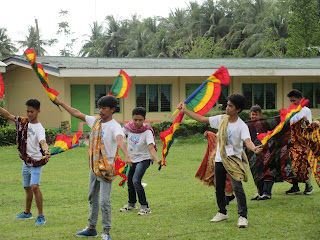 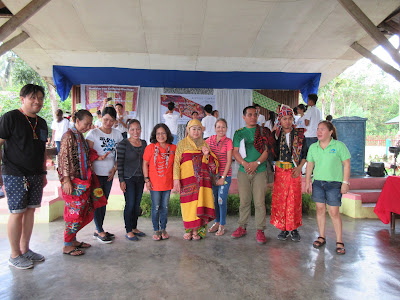