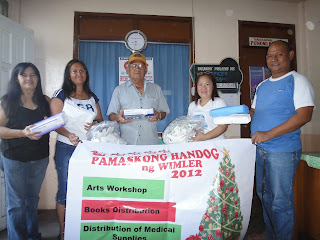 Through Celeste Murphy, friend of WIMLER in Hong Kong, we came to know of  Cris Skinner, Mike and Mary Horner of Portland, Oregon , USA. Mike has been sending medical supplies to  places where they are needed most like in Haiti.  When Mike learned that Cris was going to Hong Kong  to visit her family in 2012, he requested her to take about 25 kilos of medical supplies intended for the Philippines.

We finally met Cris in Sai Kung last September 2012. We had a good  and inspiring  talk  with Cris and she promised to send more medical supplies. As soon as she arrived in Portland,  Cris,  Mike and his wife Mary readily filled up and shipped  two balikbayan boxes  to Bansalan, Davao del Sur.  WIMLER distributed the medical supplies to three village health centers and one public provincial hospital last  December.

We received this month  (April 2013) another two boxes from Mike, Cris and Mary.

More photos of the distribution: 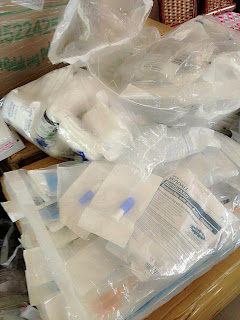 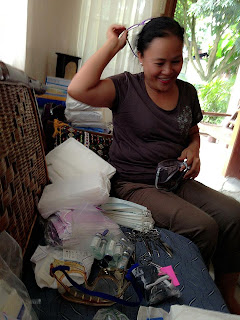 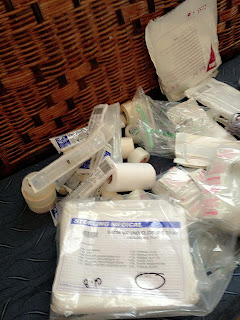 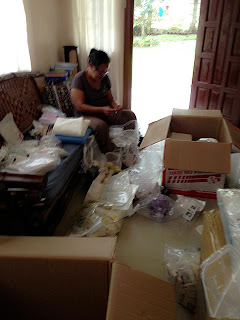 A pleasant surprise awaited the participants of Leadership, Financial Literacy and Social Entrepreneurship last weekend. SWIFT donated 100 bags and were distributed to the great delight of the two classes (LSE 15 and LSE 16) last April 13-14.

SWIFT has been supporting the capacity building program of WIMLER Foundation in Hong Kong. An empowerment program for overseas Filipinos, the Leadership and Social Entrepreneurship (LSE) Training Program spearheaded by the Consortium on Migration and Development Council (MDC) was launched in Hong Kong on July 15, 2012 at the Philippine Consulate. 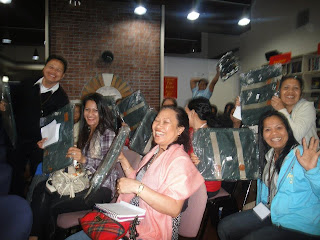 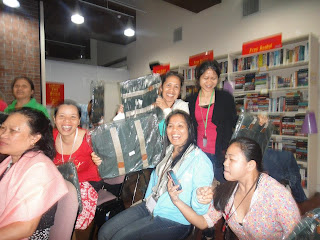 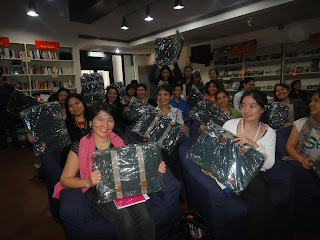 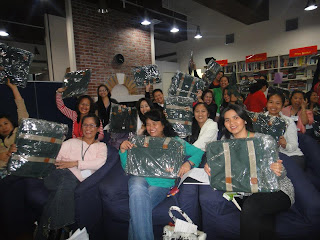 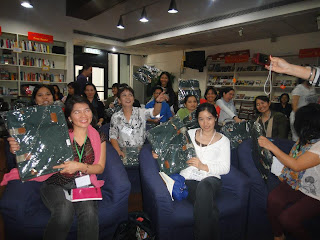 Posted by Wimler at 6:30 PM No comments: